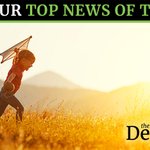 🦅 Win a once-in-a-lifetime opportunity to spend the day with .@RobertKennedyJr + learn the art of falconry! DONATE NOW + enter for a chance to WIN —> 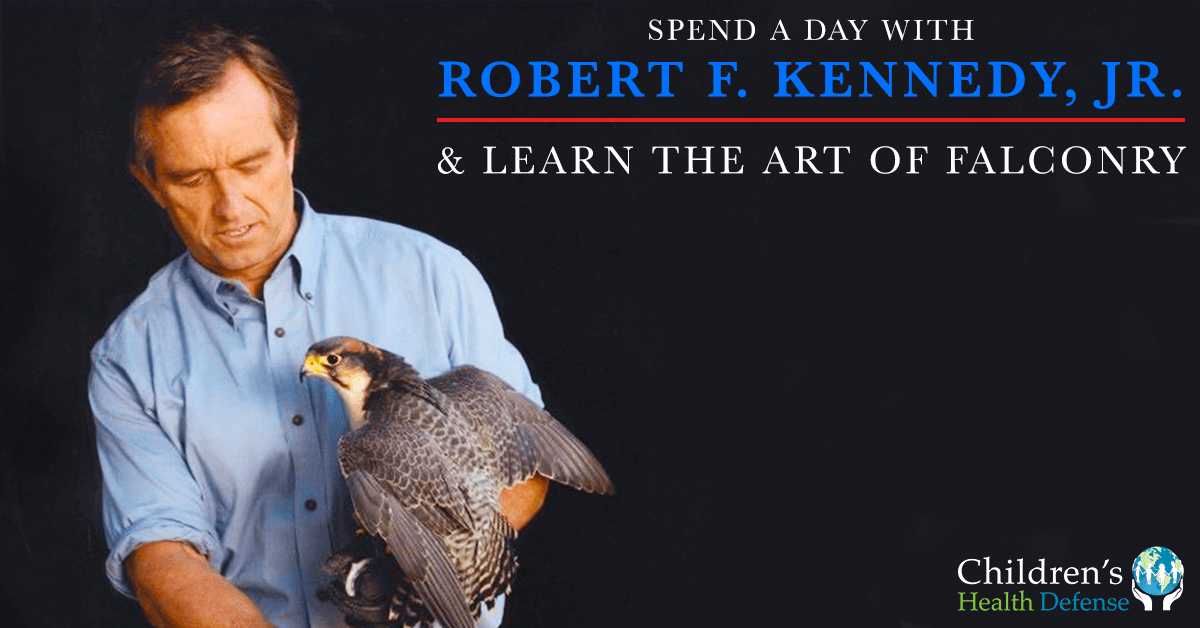 Spend a Day with Robert F. Kennedy, Jr. and Learn the Art of Falconry

For only a $10 donation supporting Children’s Health Defense, you can win a trip to New York State to learn the art of Falconry with Robert F. K...

CDC estimates SARS-CoV-2 has infected more than 100 million Americans, and evidence is mounting that natural immunity is at least as protective as vaccination. Yet public health leadership says everyone needs the vaccine. 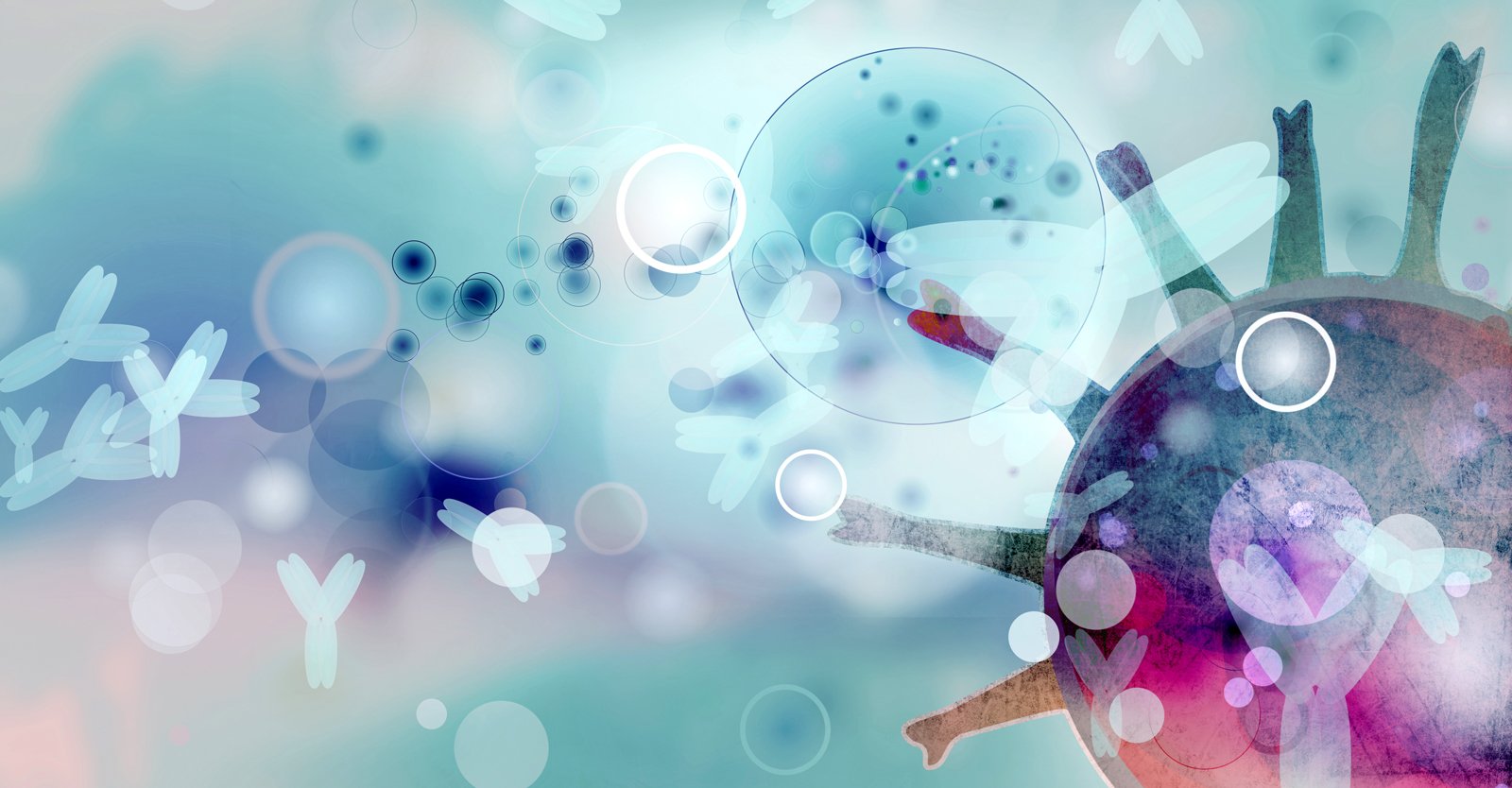 Vaccinating People Who Have Had COVID-19: Why Doesn’t Natural Immunity Count in the U.S.?

The CDC estimates that SARS-CoV-2 has infected more than 100 million Americans, and evidence is mounting that natural immunity is at least as protecti... 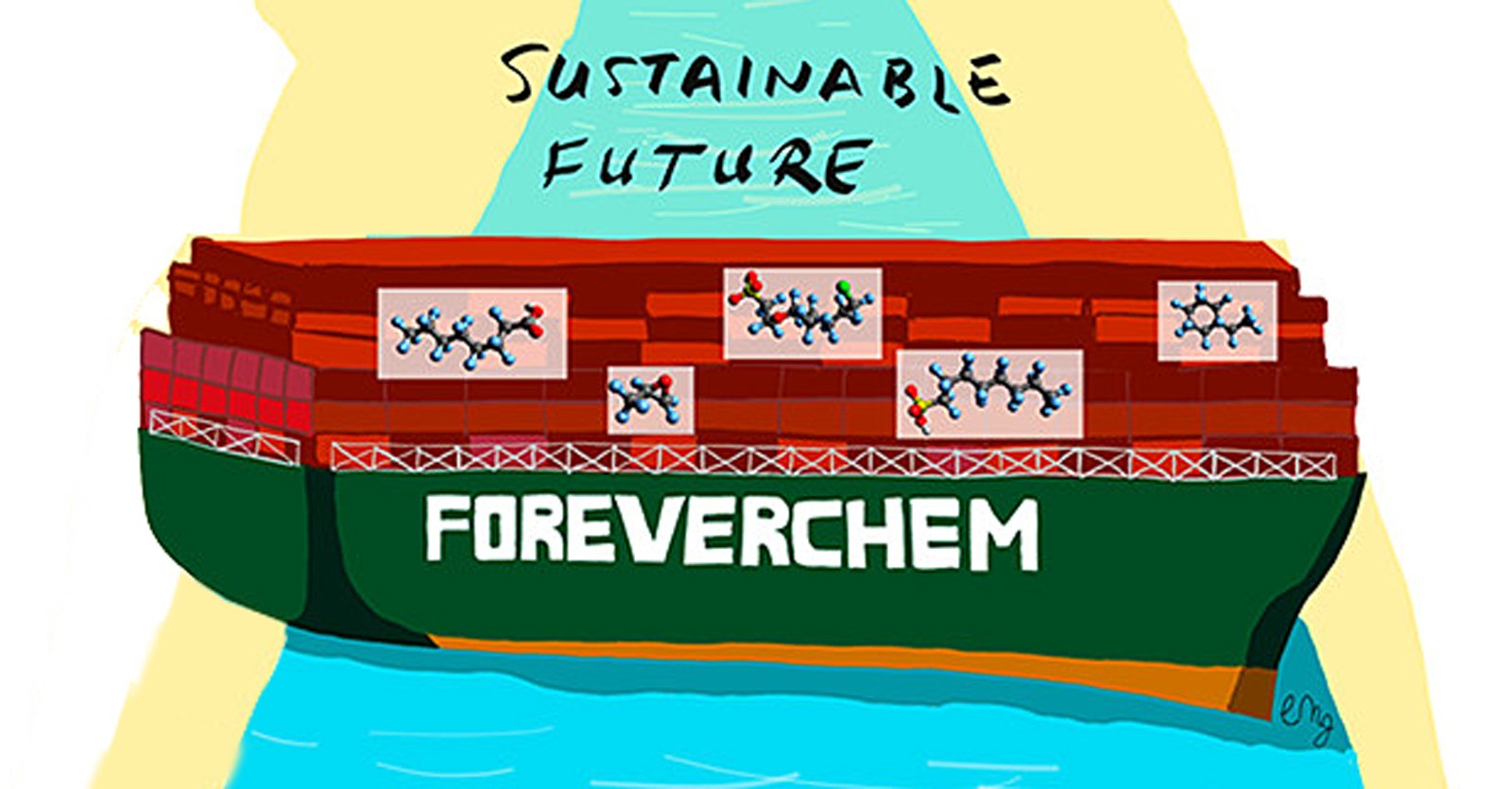 ‘We Know Enough About the Harm’ From Toxic PFAS Chemicals to Start Fixing the Problem Now, Researchers Say

A team of international scientists said it’s time to regulate PFAS, or “forever,” chemicals, which are linked to a host of health is...

Why Are More Younger Adults Developing Alzheimer’s and Dementia?

In late February, Blue Cross Blue Shield (BCBS) released a disturbing report describing the growing number of younger American adults diagnosed with early-onset dementia and Alzheimer’s disease (AD). Analyzing the four-year period from 2013-2017, BCBS reported a 200% increase in diagnosed dementia and AD among commercially insured adults from ages 30 to 64. As of 2017, approximately 15% of the insured younger Americans who received one of the two diagnoses were in their thirties or early to mid-forties.

The BCBS results reinforce findings from previous studies. In 2014, UK researchers reported that the number of under-65 individuals developing dementia was “double what was previously thought.” The next year, researchers looking at twenty-year dementia trends in the U.S. and other Western nations reported that dementias were starting “a decade earlier than they used to.”

The downward creep of various types of dementia into younger age groups gives new meaning to the decades-old slogan popularized by the United Negro College Fund that “a mind is a terrible thing to waste.” With initial symptoms that may include “depression, behavioural change, neurological disorders, systemic disorders and mild cognitive impairment,” early-onset dementia can force individuals into early retirement and financial hardship—or worse. An Irish study published in 2019 found that people with young-onset dementia “most commonly die from complications of dementia” versus other illnesses, even though nearly nine in ten also have at least one comorbid disease. BCBS puts it this way: Younger adults living with dementia or AD “are living at just 63% of optimal health—leading to about 11 years of healthy life lost.”

Not normal and (mostly) not genetic

The Mayo Clinic notes that while age is a risk factor, dementia is not “a normal part of aging.” This observation is all the more pertinent when considering the individuals who develop dementia in their prime working-age years. As with many other chronic conditions, researchers have tried to pin the blame for rising rates of dementia on genetics—largely without success. Estimates suggest that while around 11% of young-onset AD cases (and perhaps 1% of Alzheimer’s cases overall) do have a genetic mutation that runs in families, the bulk of younger Alzheimer’s cases do not have a genetic explanation.

Moreover, AD is only a small piece of the broader dementia puzzle in those afflicted at younger ages. Whereas the majority—well over half—of older adults (> 65 years) with dementia have AD, Alzheimer’s accounts for only a third of younger dementia cases. (Looked at a different way, just 5% to 6% of all Americans with AD are under age 65.) More frequent forms of dementia in those under 65 include frontotemporal dementia—a nasty condition that produces loss of empathy, disinhibition, apathy, overeating and memory loss—and vascular dementia, which is linked to rampant chronic conditions such as obesity, diabetes and high blood pressure. Interestingly, a growing body of research actually conceptualizes AD as type 3 diabetes or “brain diabetes” because of “molecular and biochemical features that overlap” with diabetes types 1 and 2.

For some researchers, the strong link between neurodegenerative diseases and dementia points to environmental exposures rather than genetics as likely culprits.

If not genetics, then what?

A study published in late 2019 assessed nongenetic risk factors for two types of young-onset dementia, considering a range of risks related to demographics, lifestyle and medical history. The researchers found that nongenetic factors in combination conferred more risk than any single factor, with each additional exposure increasing the risk of midlife dementia by 28%. The authors concluded that some individuals with young-onset dementia “experience a lifetime of risk exposure starting from early in life.”

Still pushing the genetics theme, some researchers have suggested that childhood neurodegenerative conditions presumed to be genetic—such as mitochondrial disorders, enzyme-related disorders and abnormalities of the myelin sheath—sometimes crop up in delayed fashion and manifest as young-onset dementia in adulthood. Of note, other studies have linked abnormal myelin development to “psychopathology” in adolescents and young adults.

For some researchers, the strong link between neurodegenerative diseases and dementia points to environmental exposures rather than genetics as likely culprits. In a twenty-year study (1989-2010) of dementia trends in 55-74 year-old adults across 21 developed countries, the U.S. experienced the biggest increase (82%) in total neurological deaths—defined as “Alzheimer and other dementias” plus “nervous disease” deaths. The U.S. went from a ranking of 17th in 1989 to having the second highest rate of 55-74 year-old dementia by 2010. To explain their dramatic results in both the U.S. and other countries, the lead author pointed a finger at environmental factors:

The rate of increase in such a short time suggests a silent or even a “hidden” epidemic, in which environmental factors must play a major part, not just aging.  . . . [T]he changes in human morbidity, including neurological disease is [sic] remarkable and points to environmental influences. [. . .] The environmental changes in the last 20 years have seen increases in the human environment of petro-chemicals—air transport, quadrupling of motor vehicles, insecticides and rises in background electro-magnetic-field, and so on.

Some investigators cite traumatic brain injuries (TBIs)—increasingly common in children and adolescents—as another important contributor to early-onset dementia. In a 2014 paper, Dr. Stephanie Seneff of MIT and lead author Wendy Morley coined the term “diminished brain resilience syndrome” to describe “a modern day neurological pathway of increased susceptibility to mild brain trauma, concussion, and downstream neurodegeneration.” The two placed the blame for the heightened vulnerability of young brains on multiple environmental and lifestyle factors, including exposure to glyphosate.

In a 2008 JAMA Neurology study of dementia occurring in individuals under age 45—whose average age of onset was 34.7 years—the researchers linked 21% of cases to autoimmune or inflammatory causes, including lupus, autoimmune encephalopathy and multiple sclerosis (MS). Cognitive symptoms, including dementia, are some of the oldest recognized signs of MS—a condition that involves demyelination—with full dementia present in roughly one in five MS patients.

… presents findings that are unequivocal in their confirmation of a role for aluminium in some if not all Alzheimer’s disease.

In the just-mentioned 2008 study in JAMA Neurology, 19% of dementia cases in younger patients were of “unknown etiology, despite exhaustive evaluation” that sometimes included brain biopsy. The researchers made no mention of the known neurotoxin aluminum as a potential contributor—a surprising omission given the 2001 publication of the book Aluminium and Alzheimer’s Disease: The Science that Describes the Link, edited by UK Professor Christopher Exley, one of the world’s foremost aluminum experts. For decades, Exley and colleagues have tried to shine a spotlight on the role of aluminum in Alzheimer’s disease in the face of massive industry pushback and denials.

The latest effort by Professor Exley and his group presents findings that are “unequivocal in their confirmation of a role for aluminium in some if not all Alzheimer’s disease.” The study found unprecedentedly high levels of aluminum in the brain tissue of persons who died with the type of AD associated with genetic mutations (familial AD). Exley speculates that these genetic predispositions may also predispose individuals to accumulate high levels of brain aluminum “at a much younger age.” In other work, Exley has suggested that aluminum may also act as a “catalyst” for earlier-onset AD in people “without concomitant predispositions, genetic or otherwise,” and he proposes viewing AD “as an acute response to chronic intoxication by aluminum.” Professor Exley has also reported on the extraordinarily high levels of aluminum found in autism brain tissue.

Many of the conditions and exposures correlated with early-onset dementia—diabetes, obesity, autoimmune illness, traumatic brain injury, glyphosate poisoning and aluminum intoxication via vaccines—are occurring at epidemic levels in our children. Electromagnetic fields (EMFs) are also a growing concern. The scientific literature already links occupational EMF exposure to early-onset dementia. EMF safety advocates have been raising questions for years about the link between cell phones and dementia at younger ages, particularly because of cell phones’ effects on blood-brain barrier permeability. Clearly, these questions have great significance for the developing brains of our cell-phone-enamored and wireless-saturated children.

Alzheimer’s disease alone is already America’s most expensive disease, costing more than either heart disease or cancer. If we do not turn the chronic disease epidemics around and diminish or eliminate children’s toxic exposures, chances are that the next study of early-onset dementia will present even more troubling results—and there will be fewer adults with the brain power to understand them.

How Politicians Make Millions Off Our Corrupt Political System

‘This Week’ With Mary + Polly: Biden Pivots to ‘War on Unvaccinated’ + More

Big Pharma: Lower Drug Prices for Americans ‘Too Good to Be True’

Why Are More Younger Adults Developing Alzheimer’s and Dementia?