YouTube’s arrogant Covid censorship continues. How many lives will be lost as a result? How many lives could have been saved with a free exchange of medical ideas? This suppression of speech should concern every American. @FDRLST YouTube's position is that content on the site must parrot whatever comes from its narrow set of authorities, even though their positions change frequ...

After Hours: Fake Science and the Scientific Establishment vs. Donald Trump (PODCAST) There's still time to vote in our latest unscientific poll: Are you spending more or less time on social media?
VOTE NOW: Go to http://SharylAttkisson.com home page and look for black box on right sidebar or scroll way down on mobile site. We want to hear from all views! 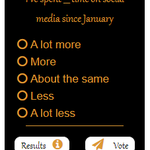 (READ) Donald Trump statement: I was right all along (READ) Donald Trump statement: I was right all along | Sharyl Attkisson

Why can’t the feds say when it’s supposedly legal to spy on us?

The American Civil Liberties Union announced on December 21 that it is suing under the Freedom of Information Act to compel the federal government to expose its rules for when it hacks into people’s digital information-carrying devices such as our cell phones and computers.

The lawsuit seeks “the release of records concerning the government’s use of hacking to pursue ordinary law enforcement investigations,” which information the ACLU complains has been unlawfully withheld after the organization filed FOIA requests with eleven federal agencies. The ACLU lawsuit alleges computer hacking “tools are being used in ordinary day-to-day investigations, as contrasted with national security or foreign intelligence investigations,” and this “presents a unique threat to individual privacy.”

Nine of the 11 federal agencies that received the ACLU’s FOIA requests failed to respond, and the other two “provided cursory responses that were plainly insufficient, in violation of the FOIA,” according to the complaint filed in U.S. District Court in New York. So, it seems the federal government is engaging in lawbreaking — related to other lawbreaking.

Continued at link below:

Which states are most- and least-vaccinated for Covid-19?

(READ) Donald Trump statement: I was right all along

Who are all the bad sources and why is the media still protecting them?

After Hours: Fake Science and the Scientific Establishment vs. Donald Trump (PODCAST)

Why can’t the feds say when it’s supposedly legal to spy on us?