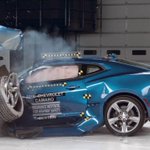 She is outperforming 98% of y'all 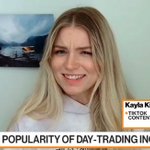 It looks as though Uber’s skirting of taxi medallion regulations has once again unfortunately claimed the life of a New York taxi cab driver. In what can only be described as the latest in an epidemic of suicides by cab drivers in New York, the Post reported over the weekend that Abdul Saleh, a 59 year old cabbie, hanged himself in his Brooklyn apartment.

Like many other New York taxi cab drivers, Saleh was having trouble paying for the cost of his medallion – the value of which has likely collapsed in recent years. His business partner, who had reportedly ditched him to drive for Uber, stated that though he had been short in his weekly medallion payments in the past, one of his latest payments fell much shorter than the others. The New York Post reported:

Chaudhary said that they leased a taxi and medallion together, splitting the night and day shifts, but that within the past several months, Saleh couldn’t make the weekly lease payment.

Saleh — whom Chaudhary described as single but with family in his native Yemen — sometimes would be short by as little as $60, but for the last payment, he was $300 short.

The article continued, stating that Saleh was recently depressed and noting that many cab drivers have seen their retirement plans go up in smoke as a result of Uber:

Chaudhary said he last spoke to Saleh three or four days ago.

“He sounded upset and depressed,” Chaudhary recalled. “He said he didn’t feel good.”

“I know he wasn’t making enough money to pay his lease,” he said. “He was short here and there, and I used to have to help him out. He said he didn’t know how to survive.”

“These drivers can no longer see retirement in sight and can’t imagine continuing to work such a grueling job until their last day on earth,” she said.

As the Post stated, this is only the most recent of such incidents. Alarmingly, it is the sixth such suicide by a New York taxi driver since November. It is becoming an epidemic.

In the past eight months, five other cab and livery drivers have killed themselves in the face of financial strain.

In May, cabby Yu Mein “Kenny” Chow flung himself in the East River off the Upper East Side.

In March, cabby Nicanor Ochisor, 65, hanged himself in his garage in Maspeth, Queens.

In the most dramatic case, livery driver Douglas Schifter killed himself with a shotgun outside City Hall on Feb. 5.

He left a Facebook post reading, “I don’t know how else to make a difference other than a public display of a most private affair.”

It was only 2 weeks ago when we reported about the last NY cab driver suicide.

May saw the fifth NYC taxi driver commit suicide in five months, an alarming trend which is gaining momentum. Yu Mein Chow, a 56-year-old immigrant, living in Queens, was found dead in late May, floating down the East River near the Brooklyn Bridge.

Seven years ago, Chow financed a $700,000 taxi medallion that allowed him to operate a cab throughout the city. Shortly after, he realized with the introduction of ridesharing apps that his ability to service the debt was unsustainable; only instead of declaring bankruptcy, he chose to end his life.