German epidemiologist, Dr. Wolfgang Wodarg, recently submitted a petition to the EMA requesting that all #Covid19 vaccine distribution and trials be halted until serious safety concerns are addressed, including the ability to alter human fertility.

Ben Osborn, Pfizer’s UK managing director, refused to explain why the company needed an indemnity: We're not actually disclosing any of the details around any of the aspects of that agreement and specifically around the liability clauses. https://www.google.com/amp/s/www.independent.co.uk/news/health/coronavirus-pfizer-vaccine-legal-indemnity-safety-ministers-b1765124.html%3famp

Ben Osborn, Pfizer’s UK managing director, refused to explain why the company needed an indemnity: We're not actually disclosing any of the details around any of the aspects of that agreement and specifically around the liability clauses. https://www.google.com/amp/s/www.independent.co.uk/news/health/coronavirus-pfizer-vaccine-legal-indemnity-safety-ministers-b1765124.html%3famp 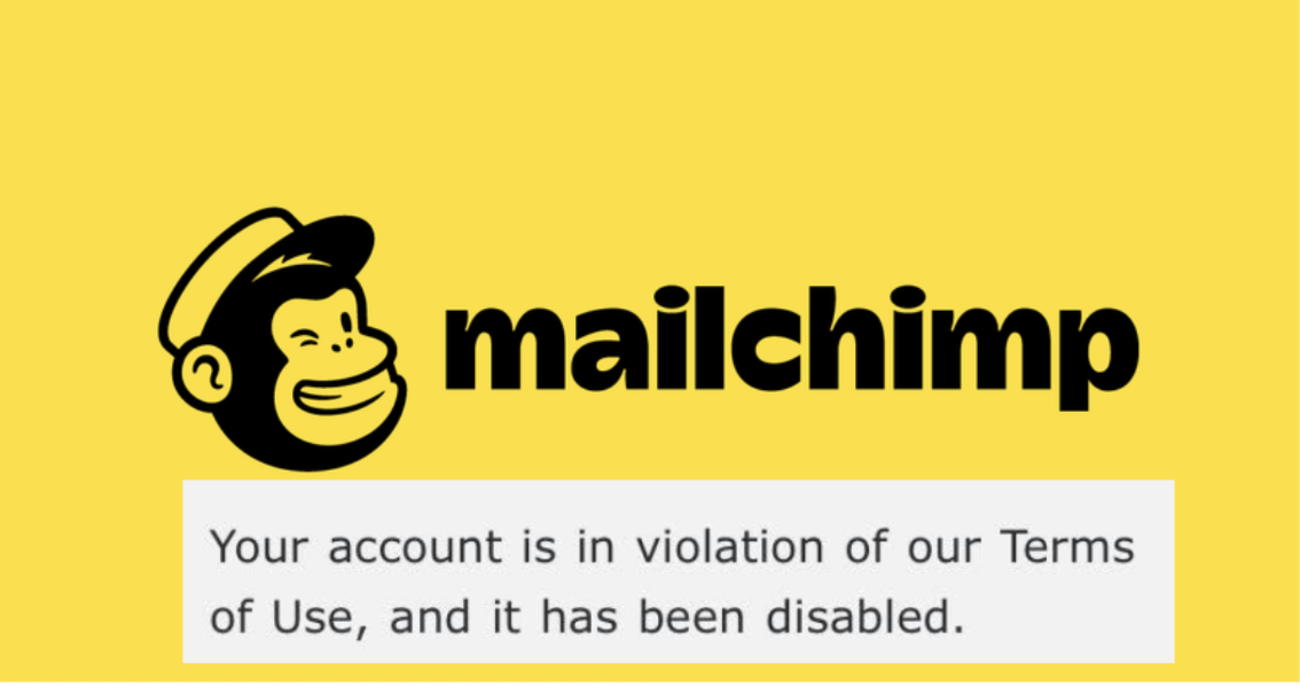 By Jefferey Jaxen
On June 7 Mailchimp announced it had already shut down a number of accounts for “anti-vaccination content.” Mailchimp also announced it was adding the ‘anti-vaccination’ category to its routine searches for prohibited content. Nowhere on Mailchimp’s website did it elaborate what constituted ‘anti-vaccination’ content. Reporting on the move, CNBC writes “The company began quietly enforcing this decision last week” yet no discussion or reasoning was given as to why the enforcement needed to be done quietly.
Facebook reports revealed that Mailchimp’s account cancellations began before they released their public statement. The pre-emptive “quiet” move resulted in customers locked out of accounts and unable to retrieve their data without warning or a clear remedy. Mailchimp did not return a request asking what prompted them to start their censorship and what constituted ‘anti-vaccination’ content on their platform.
Despite there being several meaningful, scientific reasons to pose questions about both the efficacy and accepted harms of vaccination, such discussion has been eliminated from the modern public square that social media comprises. Mailchimp is a basic email marketing service in which customers pay them to collect and warehouse the emails of those interested in the particular messages, content, services or products of the paying customer. Mailchimp allows the customer to use the email list they have build to interact with their subscriber base.
Mailchimp’s catch-all ‘anti-vaccination’ censorship move now allows them to selectively censor any content they wish with little to no repercussions from its users. In essence, the company has forced itself into the driving editorial position of organizations who have simply paid to use their email marketing services. Mailchimp is now making publishing decisions for its customers – an unsolicited and highly inappropriate move for a company to impose upon its customers. Did the paper boys and girls of times past feel the need to sit in and direct the marketing, journalism, and decisions of the individuals and organizations that comprised the content within the papers they delivered?

Since 2018, Mailchimp has been partnered with the CDC Foundation. The CDC Foundation lists what it expects from those it partners with. One expectation is to “demonstrate opportunities for return on investment for public health, CDC, the CDC Foundation and its partners.” It should come as not surprise that the CDC, and many government representatives, view any barrier that comes between you or you child and a pharmaceutical company’s vaccine product as a risk to public health. The CDC Foundation defines public health as “…protecting the health of entire populations. These populations can be as small as a local neighborhood, or as big as an entire country or region of the world” Nowhere in the CDC’s public health definition is a word about the individual, their choices, concerns or medical vulnerabilities making them susceptible to an adverse vaccine reaction.
Looking deeper into the “opportunities for return on investment” the CDC Foundation expects from its partners is where conflicts of interest may lie. The CDC Foundation lists as its partners vaccine makers Pfizer, Novartis, Merck, Sanofi Pasteur, GlaxoSmithKline, and others. Would censoring the flow of factual information showing the shortcomings, harm and inconvenient facts about pharmaceutical company products be considered an opportunity for a “return on investment” for the CDC Foundation’s corporate partners? Would directing the editorial decisions of public companies to omit the bad press, comments, evidence of public harm and scientific studies of corporate products constitute a good “return on investment” for its corporate partners?
The CDC Foundation also asks for “Deference to CDC’s final judgment on all matters of scientific findings, facts or recommendations” as a “characteristic for collaboration.” CDC Foundation partners must show obedience not to American ideals, free speech, open debate, fearless journalism, democracy, the People’s right to get be involved in legislation but rather to a captured agency’s over simplistic ‘safe and effective’ talking points and inaccurate, derogatory ‘anti-vax’ slurs.
The CDC Foundation prohibits partnership with any organization that represents a product that “exacerbates morbidity or mortality when used as directed.” It is perhaps this statement that the CDC Foundation activates to direct Mailchimp’s business agreements with accounts that are engaged in the vague definition of ‘anti-vax’ activity. The CDC Foundation also gives itself sweeping discretion to investigate any issue its staff determines “on a case-by-case basis” constitute “red flag issues” – yet no public definition of “red flag issues” are given.
On the strength of two vague words, ‘misinformation’ and ‘anti-vaccination,’ all major social media outlets and now Mailchimp have mounted an ongoing censorship campaign in 2019. Put into motion in part by Congressman Adam Schiff with letters to Amazon, Google and Facebook earlier this year asking for sweeping censorship of ‘anti-vax misinformation.’ Schiff’s Big Tech letters contained deception and his own hypocritical flavor of vaccine misinformation as he wrote, “There is no evidence to suggest that vaccines cause life-threatening or disabling diseases…” Meanwhile, Schiff recently grandstanded in front of the House in order to pass an amendment to fund a $5M campaign to combat vaccine ‘misinformation.’ Despite Schiff repeating the exact line from his Big Tech letters claiming no evidence of life-threatening or disabling diseases, buried in the U.S. House of Representatives HHS appropriations bill is the following plea:
“The Committee recommends $11,200,000 for administration of the program, which is $2,000,000 above the fiscal year 2019 enacted level and the same as the fiscal year 2020 budget request. This increase will enable HRSA to hire additional contractors to conduct initial medical reviews and full-time medical officers to review the contractors’ work. The additional funding will also allow HRSA to process additional claims and reduce the backlog of claims.”
The “backlog of claims” is from the Vaccine Injury Compensation Program which has paid out over $4B for injuries and deaths associated with vaccination. The program, openly known to be highly adversarial towards petitioners, has been the only remedy for individuals and families who experienced a vaccine injury ever since Congress granted vaccine manufacturers legal immunity from damages caused by their products. If there was no evidence to suggest vaccines cause harm, why is there a backlog of claims within the very court set up to deal with life-threatening or disabling diseases cause by vaccines? Why is another $2M needed to hire medical reviewers to process additional claims and reduce backlogs? Asking questions like these are now considered ‘anti-vaccine misinformation’ and would be enough for Mailchimp to shut down the account of anyone inquiring.