By falsely claiming that vaccinated people must wear masks and physically distance, Anthony Fauci is undermining trust in vaccines. According to Jay Bhattacharya, Fauci is the #1 anti-vaxxer. https://twitter.com/justinbaragona/status/1382888169704726531

Anthony Fauci told Congress he finds it ‘very frustrating’ to be forced to answer questions about ‘infringement’ of ‘liberties’ RT Fauci clashes with GOP lawmaker over when COVID restrictions should be eased https://abcn.ws/3gaAkQ5

SCIENTIFIC ABSURDITY OF LAWS REQUIRING FACE MASKS OUTSIDE...
In my February 2021 report for @oncivlib , I explained:
https://ocla.ca/ocla-report-2021-1-ontarios-mandatory-face-masking-and-physical-distancing-law-reg-36420/ 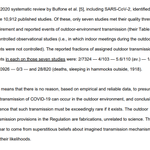 O’KEEFE’S STATEMENT: “I am suing Twitter for defamation because they said I, James O’Keefe, ‘operated fake accounts.’ This is false, this is defamatory, and they will pay. Section 230 may have protected them before, but it will not protect them from me..."
https://www.projectveritas.com/news/james-okeefe-responds-to-twitter-account-suspension-following-bombshell-cnn/ 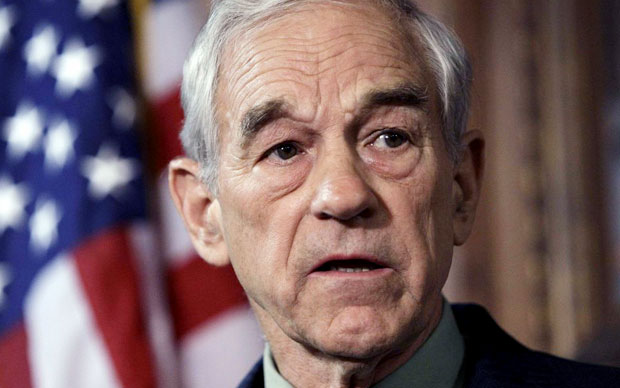 “It [COVID-19] exists, but it’s not nearly the crisis it was made out to be” stated Dr. Paul

When asked if people should be leery about a future COVID-19 vaccine if/when they are rolled out, Dr. Paul stated:

“Yeah they should be leery about it. Right now I wouldn’t think there’s any indication for anybody to take them.”

Dr. Paul continued discussing the case counts, “Some people have died, there’s no doubt but very, very few of the many thousands that were supposed to have died, they all had three or four other diseases. A large majority were elderly in nursing homes.”

Breaking news from several separate sources confirmed that the CDC, WHO and NVISS have instructed COVID-19 be listed as the cause of death regardless of positive test results or other underlying illnesses and diseases.

Speaking on the inaccuracy of the case counting, Dr. Paul stated:

“They [doctors] have been instructed by the CDC and other politicians that when the doctor signs the death certificate, if they have four different things but they happen to have a positive test for the virus, that is to be put down as the major cause of death…So the numbers mean nothing.”

“In a free market and free market medicine, the doctor and the patient and their attitudes make the decision, not a bureaucrat.”

Dr. Paul has been out front and vocal condemning the actions and suggestions of Trump’s coronavirus health lead Dr. Anthony Fauci.

In a free society everything is voluntary stated Dr. Paul. “Right now we’re moving in the opposite direction. Because Fauci and Gates, they’re determined that this is just the beginning. And we’ve just entered a decade of vaccines. And we’re going to have vaccines for everything.”

Dr. Paul made headlines last week during an interview stating:

“As this one goes away, they’ll come up with another one,” the former congressman said about the coronavirus. “It’s an excuse to have total control over the people.” He continued focusing on Fauci by stating,

“People have to quit listening” to Dr Fauci,

Dr. Paul later shared a clip of the show to Twitter, writing: “Fauci should be fired. If not by Trump, then by the American people.”

When asked by [Press for Truth] Dicks how he felt about Fauci, Dr. Paul doubled down stating:

“He’s been there way too long. He’s the epidemy of what our problem is. He’s a government bureaucrat mixed in with corporatism. We have Bill Gates who finances him. And they have this strategy to take over the world essentially with the CDC and WHO. Gates finances all of this. And they believe, sincerely, the best thing for the world is more vaccines…that to me is wicked.”

WATCH THE FULL INTERVIEW BELOW: