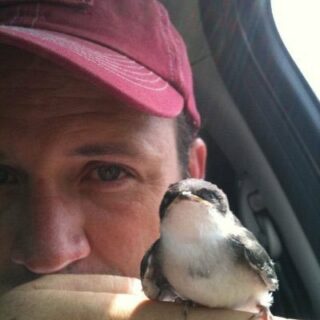 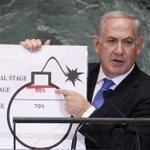 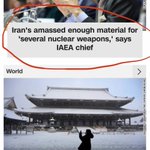 395 - The Hive of Leviathan https://twitter.com/i/broadcasts/1vOGwMRjYrqxB

If you’re still asking yourself who should you trust in government you still have a lot to learn about yourself.

394 - I Love Me Too https://twitter.com/i/broadcasts/1djxXlYZyPkxZ

The Litany of Space

The International Space Station orbits earth at two hundred and twenty miles above the sea. Yet on July 16, 2013, the anniversary of the Apollo 11 launch, an Italian astronaut reported he nearly drown while outside in his spacesuit. And then on August 20, the anniversary of Viking 1 landing on Mars, Russian astronauts reported sea plankton on the windows of the International Space Station. Did you catch that? On the two biggest NASA anniversaries for landing on the Moon and Mars, two foreign countries hinted the ISS was an underwater hoax. Water is a sore spot for NASA because we keep finding space bubbles in their official ISS space walk videos. These bubbles behave as if the ISS crew were secretly submerged underwater in the NASA training pool.

Just this Summer, ISS astronaut Chris Hadfield from Canada posted a 10-year-old clipart photo of a bullet hole claiming it was a leak in the space station they fixed with duct tape. He was confronted on Twitter but remains silent about it to this day. How many magic bullets are we going to ignore? I am confounded and perplexed at how quickly we accept the legitimacy of Elon Musk launching a working Roadster into space. Most likely this staged launch was a ceremonial ritual aligning himself with the propaganda of NASA. This stunt serves as a pact witnessed by the public so it’s irreversible. If Musk exposes NASA, he would be exposing himself. This serves as mutual blackmail insurance; a commonplace in international politics. NASA has swallowed Musk’s SpaceX program like Saturn swallowed his own children. NASA gains legitimacy cannibalizing Tesla’s reputation. This leaves the only real chance for an independent space program in the hands of Richard Branson and Virgin Galactic.

When you understand how the pieces fit, a new map reveals itself. There are so many warnings in my gut from outer space. The 4AM propaganda brigade has been ramping it up lately. The disinfo is both pressurized and coordinated. In the last seven days we saw news of the Mars rover landing, a solo hike across Antarctica, a private company fined $1 million for launching their own satellite, China landing on the far side of the moon and Saturn’s inner rings are slowly melting.

Our minds are orbited by trillions of dollars in space propaganda. True or false, it’s a steady blast from an air horn in a can. We barely question how the stories of dark matter and black holes boldly go where no propaganda has gone before. A black hole is a concept in math defining a region not a thing. It’s an irrational number. It would be like solving for world hunger by ordering infinity french fries. It’s impossible which is exactly why we call black holes “irrational” in the first place.

You can think of the space program as blackmail insurance for the international mafia. I know you’d probably prefer we go back to the concept of space in a vacuum but we can’t. The science truly doesn’t work like they claim. The truth begins when we understand nations collude like cattle ranchers sharing the same river. These ranchers manage us and our pastures with propaganda. We mistake hot air in our face for freedom on the open range but the men under the hats know exactly where are minds are headed.

Kubrick was an illusionist and NASA is in the business of deceit. Understand the satanic nature of the cabal. Space is a ritual that calls a demon from the deep. Cultural spell casters have hijacked the collective imagination and funneled it into an archetypal mold. This is the calling of a psychic leviathan. The reason we know the devil is because he was planted in our dreams a long time ago. He was summoned from the plasma abyss of our brain. Deep space itself is a creature chanted by a clergy of magicians. The same clergy convincing you dark matter exists. We must consider the psychological implications of believing in the Big Bang and Special Relativity. Both require all our understanding to come from an inner circle of mathematicians. Each of them are filtered by the same bent machine of academia and scientism. Science today is what we are told, not what we discover. That’s why it’s regurgitated from a chalkboard.

Consider the Saturn rockets as masonic obelisks made from the people’s gold. Between Oct 27, 1961 and July 15th, 1975 our nation participated in the resurrection ritual of the golden phallus. Saturn rose his sword 32 times in a public ritual. It makes you wonder where rocket number 33 went. Even the launch pad is a masonic ritual countdown starting from the fabled number eleven. Ten. The hypnotic spell begins. Nine. We are strapped for programming. Eight. We are buckled to a belly of burning fire. Seven. Anticipation charges the fuse. Six. We are committed to the rising. Five. Our adrenaline adds to the taste. Four. Our hopes are committed to the ignition. Three. The rumble is real and intense. Two. Death has never been closer and we have never been more alive. One. Liftoff. Emancipation. Resurrection from the earth. The Saturn rockets were built with taxed silver from every man’s pocket. This makes it a universal  offering to Osiris. The ceremony is seen around the world by every child. All of our minds pray for a safe return; this is the rebirth of Osiris. Rocket fuel is the magick of alchemy propelling our thoughts in an arc of spent juice and white smoke. We believe in NASA because we worship it. We believe in NASA because it makes us feel good. NASA is what we imagine government should be. Something positive.

The first Mars rover has been running miraculously for ten years now on the surface of the planet. It operates on 100 watts a day (about the same as a sewing machine) yet it weighs as much as a motorized scooter chair (500 watts). Its only source of power are two 100 watt solar panels that get about 4 hours of direct sunlight per Martian day. So far, the Mars rover has found an arm bone from a walrus, a two-by-four, several species of moss and lichen, and a small rodent resembling earth’s arctic lemming. It’s important to note that NASA uses Devon Island for training; home to the very same rodent they found on Mars.

You have to process the fact that all six lunar landing missions occurred under the Nixon administration. The Apollo 11 Program required a sacrifice of two men and their integrity. Months before the mission, Aldrin’s mom took her own life with pills – she couldn’t face the fame of what her son was about to do. She knew it was a lie. You want to know why an astronaut battles depression? He is possessed by the demon of shame. This man gave his heart to a luciferian agenda and still hasn’t been paid. Buzz did what every soldier does for a country. He followed orders. Armstrong turned into a recluse and the video analysis of his experience on the moon shows he was certainly lying. All veterans are trained to follow orders without question. Apollo 11 was their welcome to the machine. Trusting your government is the opposite of patriotism. Until mankind learns; these lessons will continue. Most would get off the bus here and call NASA an anomaly in the system. But this is not an anomaly. This is business as usual. The hardest truth to swallow is the wolves are working in a pack.

Why is the moon so much bigger than gravity says it should be? I see the sun on one side of the sky and the moon on the other but the light on the moon is shining from above. I am amazed I find myself questioning these things. Why is there so much news lately about space? I have learned and can freely admit I no longer know the true nature of this world. I only know what society wanted me to think. I keep asking myself, why is space so full of lies? If it is so fantastic and wondrous out there in the void, why are they lying about it? The average American had no intrinsic desire to win a space race in the 60s. Both nations had reasons to install their own propaganda. Both were using the mystery of space to write their own script.

Two years ago I started a novel about satellites and artificial intelligence. It was my research into orbiting satellite propulsion and that turned me on that something about our world was fishy.

We can bounce signals off a charged ionosphere. That means we can fake satellite signals from the ground. Knowing NASA lies doesn’t mean space is a lie. But it does force us to ask why they lied in the first place. The answer may be the God Osiris. One thing the elite enjoy is a mass and sinister ritual. The similarities between NASA’s Apollo deception and 9/11 bear the same foggy signature. It leaves you wondering if NASA is inventing space or hiding it from us entirely. The only constant we can be sure of is they’re lying. Meanwhile, Antarctica has the highest average elevation of any continent.

Here’s what you should know. Special relativity was rejected by Tesla and by its very nature has no observable proof. The gravitational force we use to explain planetary motion is millions of times weaker than the electromagnetic force which is completely ignored. In the electric universe model there is no vacuum and everything is connected in plasma. We live in a region of the galaxy called the Orion Spur. The Birkeland plasma current connecting our solar system to the Milky Way galaxy originates from the direction of the constellation Orion. Red-shift anomalies reported by heroes like Halton Arp show the expansion universe is simply not what see. Furthermore, consciousness itself could merge with space if we drifted far enough outside the atmosphere.

The true nature of our world is hidden from us by our very own space agency and we pay them $56 million a day to do it. Watch what happens when this independent rocket hits 76 miles of elevation and suddenly ends in a dramatic stop. None of our Saturn rockets fly straight up. They fly in a big arc. There is no video of an entire satellite launch. We have thousands of satellites in orbit but we never see pictures. It reminds me of the old Hollywood movies where someone is hypnotized by a swinging watch. The pendulum goes back-and-forth as the countdown in one’s mind begins. Did you know they used the Foucault pendulum to push another big lie? Science museums across the world claim the pendulum proves the earth was spinning. This is provably false but people believe it because it comes from the halls of science. The same halls that brought us the climate hoax. The same group that brought us the big bang theory. And the theory we rose out of a monkey. Our world is infested with psychological alchemy. The truth is hidden behind an invisible wall.

My new book is on shelves now. Click here to get your copy!

The post The Litany of Space appeared first on James True.

The Litany of Space