Climate-Change Lockdowns? Yup, They Are Actually Going There... https://www.zerohedge.com/geopolitical/climate-change-lockdowns-yup-they-are-actually-going-there

Easing COVID-19 Restrictions Could Send Iron Ore As High As $150 Per Ton In 2023: Citigroup 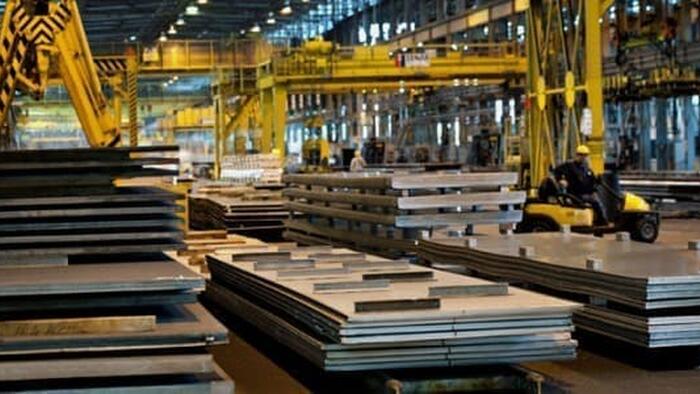 Easing COVID-19 Restrictions Could Send Iron Ore As High As $150 Per Ton In 2023: Citigroup 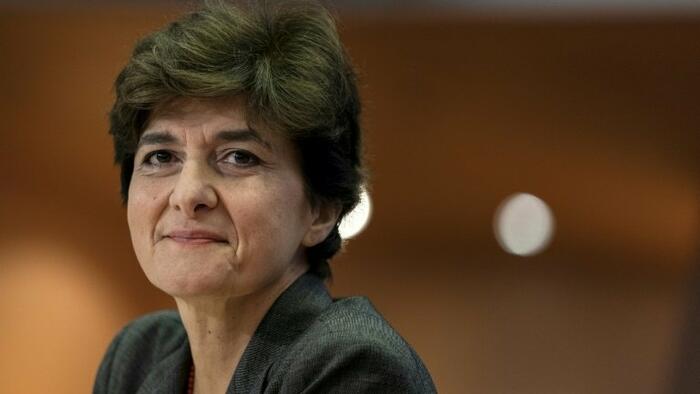 Bulls Keep It Together

Picking up where we left off last week, we discussed the sell-off after the initial breakout to all-time highs and the continuation of the bull market rally. To wit:

“Currently, it is pathway #2a which continues to play out fairly close to the prediction from two weeks ago. But it is make, or break, next week as to whether pathway #2b comes into play.

As I have repeatedly noted, we remain primarily allocated in our portfolios. However, we were looking for a pullback to support which holds before increasing our existing holdings further.”

Here is the updated chart through Friday. The market has followed the pathways precisely over the last several weeks.

The pullback to the previous breakout support level did allow us to add further exposure to our portfolios as we said we would do last week.

Next week, the market will likely try and test recent highs as bullish momentum and optimism remain high. Also, with many hedge funds lagging in performance this year, there is likely going to be a scramble to create some returns by year end. This should give some support to the rally over the next couple of months. However, as shown above, the short-term oversold condition which fueled last week’s rally has been exhausted, so it could be a bumpy ride higher.

As I wrote on Tuesday, our current projected short-term target remains 3000 on the S&P 500:

“Regardless of the reasons, the breakout Friday, with the follow through on Monday, is indeed bullish. As we stated repeatedly going back to April, each time the market broke through levels of overhead resistance we increased equity exposure in our portfolios. The breakout above the January highs now puts 3000 squarely into focus for traders.

This idea of a push to 3000 is also confirmed by the recent ‘buy signal’ triggered in June where we begin increasing equity exposure and removing all hedges from portfolios. The yellow shaded area is from the beginning of the daily ‘buy signal’ to the next ‘sell signal.’”

While we are long-biased in our portfolios currently, such doesn’t remain there is no risk to portfolios currently. With ongoing “trade war” rhetoric, political intrigue at the White House, and interest rates pushing back up to 3%, there is much which could spook the markets over the next 45-days.

Moving into next week, we are currently running portfolios primarily unhedged at the moment. We have taken prudent steps in our overall portfolio management process:

We continue to use dips in bond prices to be buyers. This is because the biggest gains over the next 5-years will come from Treasury bonds versus stocks.

This has to do with valuations, and what I want to discuss next.

Which Year Is It?

As noted above, there is little argument the market is bullish. The trend is positive, we just came off of a correction process which has now broken out to new highs. In fact, the 2015-2016 correction, while deeper than the correction earlier this year, had many of the same characteristics. Of course, the Fed was quick to intervene at the bottom of the market in 2016 as concerns of “Brexit” weighed on the market. This year, it was “tariffs” and a stimulus carry through from the slate of natural disasters last year, combined with tax cuts, and a massive increase in Federal spending which provided the necessary liquidity support to drive prices higher.

Looking back further, 2011 also looked much the same. As market turmoil increased following the end of QE-1, the Fed intervened with QE-2 as the Fed fretted over a market decline that would potentially quench the early flames of an economic recovery. That advance ended in 2012 as QE-2 came to its conclusion.

The commonality between 2011, 2015, and 2018 is the extremely loose monetary conditions which have remained a constant throughout. As Jesse Colombo recently noted in his Forbes column:

However, that is changing. As Michael Hartnett at BofA notes:

Yes, the market is up almost 10% for the year, but should be up much more given the current liquidity backdrop.

However, the “end of excess liquidity” is in the works:

As the Fed continues to hike rates and reduce their balance sheet (QT), monetary policy is being tightened as liquidity is being drained from the system. While investor confidence remains high, which is essential to providing the operating room necessary for the Fed to hike rates, the similarities between today and 1998 may be a much better comparison.

During that period, there was an early correction during the Fed’s rate hiking campaign as a result of Long-Term Capital Management, a massive hedge fund, imploding. It was an early warning sign that went unheeded by the Fed and the markets that higher rates were beginning to take their toll.

We saw the same with Bear Stearns in 2008. Again, economic data seemed strong at the time, markets hiccuped and quickly escalated back to new highs, investors assumed the upward trend would continue. Of course, we would find out several months later, when the economic data was negatively revised, Bear Stearns was also a warning sign the economy was already deep into a recession.

And, once again, the Fed is on a mission to hike rates under the assumption they will know when to stop.  Unfortunately, they are batting ZERO in that endeavor as every time previously something “broke” first.

“Reactionary technicians find the markets to be titillating (scoffing at the anticipation of untoward fundamentals) and unconcerned about reward v. risk or, arguably rising economic ambiguities (low interest rates and a narrowing yield curve), the unprecedented lack of cooperation between world powers (in a flat and interconnected world), large public and private debt loads, the unstable political setting, the failure of fiscal policy to trickle down, the divergence between the S&P Index and other world (emerging) markets, orange and black swans and the global pivot of monetary policy.

In particular, the fact that the rising wave of debt and central bankers’ liquidity injections have failed to produce steady wage growth and productive investments in the real economy go unnoticed by those that worship at the altar of stock price momentum.

And I will remind everyone, what caused the ten percent correction in late January/early February was the rise in interest rates. Well, today, we are right back a fresh ten year high in the yield on the two year note and the ten-year Treasury yield is back to 2.99%.

Both the bull market and the economic recovery are long in the tooth and face the challenges of a pivot in global monetary policy, competition from ever-higher risk-free rates of return (the one-month Treasury bill yields more than 2.00% compared to the S&P 500 dividend yield of about 1.80%) and a number of other possible adverse outcomes in the economic, political and policy spheres.”

Importantly, as we noted last week, it is Emerging Markets which may well be the “canary in the coal mine.”

(In 2000, 2007 and 2012, emerging markets warned of an impending recessionary drag in the U.S. (While 2012 wasn’t recognized as a recession, there were many economic similarities to one.)

Don’t mistake what I am saying.

Just because it “feels like” 1998, doesn’t mean we are going to sit in cash and wait for the inevitable crash. The best run of the markets are always the last leg of the advance to the peak. As Dr. Robert Shiller noted on Friday:

The point is to be AWARE of the risk, have a strategy, and most importantly have the discipline to act when the evidence suggests the markets have ended their bullish trend. It will happen. Just not today. So, for now we remain fully allocated to the markets. We will let you know when that changes.