i.e., they will fall less than other stocks

"We Could Not Ignore It Anymore" - Houston Firefighters Pension Fund Piles Into Crypto https://www.zerohedge.com/crypto/ethereum-spikes-record-high-amid-bitcoin-rotation

Goldman on Turkey rates: "We maintain our forecast of 50bp, 25bp and 25bp cuts that we had penciled in for the next three meetings, with the terminal rate being reached in January" 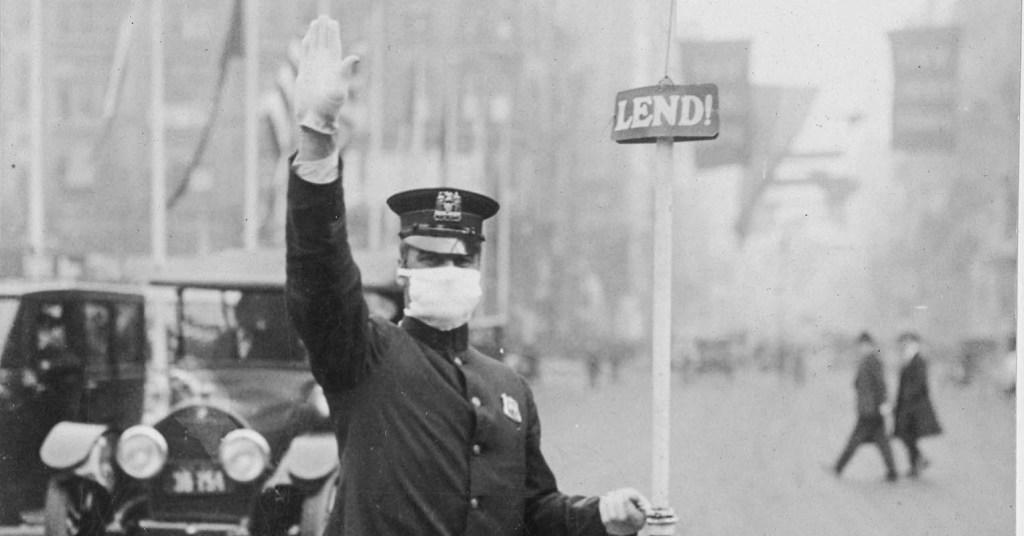 Such rhetoric on both sides outstrips the legal realities of government options to contain a contagious outbreak.

While Supreme Court Justice Robert Jackson famously declared “the Constitution is not a suicide pact,” it is also not carte blanche for the federal government to bar the exercise of rights during a pandemic. Quarantines have a controversial history in the United States, with numerous lingering legal questions.

The term “quarantine” is often used loosely by politicians and pundits who refer to widely different government actions. What some had described as quarantine orders during previous outbreaks were really isolation orders limiting people with known or suspected contagious conditions. Isolation orders have existed for centuries and present less of a legal challenge, as the individual who is infected is deemed a public health risk.

The need for isolation orders is personified in the case of Mary Mallon, or the infamous Typhoid Mary. She was a dangerous combination of amoral and asymptomatic. Despite deaths and illnesses occurring in households where she worked as a cook, Mallon refused to accept or address the fact that she was a toxic “super spreader” of the disease. She was forcibly isolated twice by New York authorities. The first time she was confined for three years until she agreed not to work as a cook.

But she soon grew unhappy working for lower wages as a laundress and returned to cooking under the name Mary Brown. For five more years, she spread typhoid with a vengeance until again put into forced confinement, where she remained until her death with typhoid bacteria still evident in her body. So Mallon is the ultimate justification for involuntary isolation orders. She not only refused to yield to authorities but, when she was apprehended the last time, was delivering food to a friend.

Isolation orders have been used throughout history to battle contagions, from the Spanish flu to tuberculosis. Only six years ago, Kaci Hickox, a nurse who worked with Ebola patients in Sierra Leone, was ordered into a mandatory quarantine by New Jersey officials. She sued the state, and the complaint was dropped in a settlement in which the state agreed to use such powers only when medically necessary. But in contrast, quarantines involve the confinement of large numbers of people through lockdowns and travel bans. It derives from “cordon sanitaire,” a term associated with a 19th century order by the Duke of Richelieu blocking Spaniards from entering France during a yellow fever outbreak.

Unquestionably, Trump issued the same type of directive as the Duke of Richelieu by barring entry from countries like China. Presidents have enhanced authority over our borders, and such limits on international travel are specifically contemplated in laws and regulations governing pandemics. What Cuomo described as a “civil war kind of discussion” is the notion of a federal quarantine line around a state, as opposed to around the country. The analogy is more apt than one might think, since an outbreak like the coronavirus can create a type of warfare between the states. The Rhode Island hunt for fleeing New Yorkers reflects the fears of other states like Florida of a wider outbreak spread by a line of Mary Mallons caravaning from New York.

The federal government has a great deal of authority to order increased production of materials and other measures supporting the states during a pandemic. The Centers for Disease Control and Prevention has the express authority to quarantine suspected carriers of a disease or virus. Yet federal regulations contain highly generalized and untested language for action. One rule entitled “Measure in Event of Inadequate Local Control,” reserves the right of the Centers for Disease Control and Prevention “to take such measures to prevent such spread of the diseases” deemed reasonably necessary.

But there is no express authority for domestic quarantines on the federal level. The federal government has long claimed the authority to order quarantines as part of its jurisdiction over interstate commerce, and a president can cite national security authority for some public health measures. Thus, the national transportation system, including the interstate and railway systems, can be used as chokepoints to restrict travel between the states.

Indeed, the federal government can effectively shut down interstates by simply creating checkpoints for medical examinations. The Centers for Disease Control and Prevention director has authority to quarantine anyone “reasonably believed to be infected with a quarantinable communicable disease in a qualifying stage and is moving or about to move from a state into another state.” A white jacketed official from the agency with a thermometer at a tollbooth can do wonders in slowing traffic.

The problem is that a national or regional quarantine is designed to confine people who do not have symptoms, a fact that would lead to immediate challenges. Yet as shown in the Hickox case, any legal challenges would likely take longer than the period of the quarantine. On a practical level, quarantines are most successful for limited areas and limited periods. States and cities have greater authority to impose and enforce lockdown orders, as the Constitution leaves public health powers largely in their hands. Indeed, the model pandemic plans reaffirm that governors, not the president, hold the primary authority and responsibility to prepare for and address health emergencies.

Yet even state orders can contravene liberties ranging from the right to travel, the right to association, and the right to due process. None are absolute, but contravening such rights requires high burdens that often involve compelling interests, which are easy in a pandemic, and narrow tailoring of government actions, which is more difficult with a blanket ban on travel. A man was arrested last week for holding a “coronavirus party” in violation of the New Jersey Emergency and Temporary Acts. Such actions are likely to be upheld as long as the state can show an immediate danger to the public from viral transmissions.

Such state interests can even trounce religious exercise. New York Mayor Bill De Blasio warned the Jewish community to stop holding minyanim, a gathering of worshipers for prayers, as a threat to public health. The problem is personified by Tony Spell, a pastor in Louisian who defied authorities by holding services with 1,000 followers of his Life Tabernacle Church. Spell, who has claimed to cure such things as cancer, questioned why Walmart can stay open but not his church. The answer is obvious. Walmart cannot get food to people through the internet, but churches can hold online services in emergencies.

There are, however, striking contradictions under the Constitution. The federal government can stop televangelist Jim Bakker from selling a “silver sol liquid” as a coronavirus cure, but it cannot stop a minister promising that faith alone will heal or protect followers, even though such assurances can discourage people from seeking medical help or engaging in preventive measures.

The courts are likely to be highly deferential to quarantine orders by state authorities and even limited orders by federal authorities. There is room at the elbows in the Constitution to deal with emergencies, but the countervailing demands of such rights as association and religious exercise grow quickly with time. More importantly, the efficacy of such orders depends greatly on the cooperation of virtually everyone in a population. Not even the federal government can keep a large population in effective lockdown unless people are willing to stay in lockdown. That means the key to containment is persuasion rather than coercion.

Jonathan Turley is the Shapiro Professor of Public Interest Law at George Washington University. You can find his updates online @JonathanTurley.